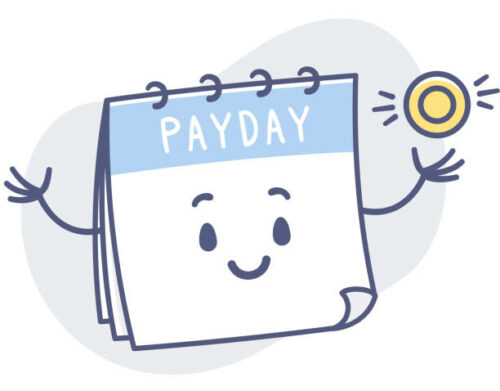 Research suggests that more than 60 percent of U.S. workers would like to be able to access their earnings before their regularly scheduled paydays. Responding to this desire, many employers and their payroll providers now offer so-called on-demand pay arrangements that allow employees to receive their wages the same day they earn it.

While on-demand pay may be a valuable recruiting and retention tool for employers, the immediate availability of wages carries with it certain tax implications for employers that may not easily be avoided without updates to the tax laws and regulations.

What Is On-Demand Pay?

On-demand pay, sometimes referred to as “earned-wage access programs,” is essentially a new alternative to payday lending—which some consumer advocates have criticized as predatory due to high fees and interest. Unlike payday lending, on-demand pay arrangements are not structured as a loan in the same way and carry fewer fees, if any at all.

On-demand pay services often require employees to specifically request access to wages through a mobile app (not to be confused with mobile apps offered by third-party companies that operate as payday lenders). Some on-demand pay systems only allow money to be deposited into a prepaid debit card issued by the payroll provider.

When employers pay wages or an employee constructively receives wages, employers are obligated to withhold taxes and make deposits. Employers typically make the deposits on a weekly, bi-weekly, semimonthly, or other periodic basis, in accordance with their payday schedules. If on-demand pay is considered paid the day employees request that employers pay them, employers may not be meeting their deposit obligations or properly calculating withholdings if they continue to perform these tasks weekly, bi-weekly, etc.

In part to avoid this issue, some employers and payroll providers offering on-demand pay have sought to treat the on-demand pay as a short-term, low-to-no-interest loan from the employer to the employee. Alternatively, employers have placed restrictions on employees’ use of on-demand wages, such as making only a portion of a day’s wages available immediately.

However, it is not clear whether these efforts will be sufficient to satisfy the IRS under the constructive receipt doctrine. In the U.S. Department of the Treasury’s March 2022 “Greenbook” outlining revenue proposals for the fiscal year 2023, the department identified that employees with access to on-demand pay may be in constant constructive receipt of their earned wages.

The department stated that employers that offer on-demand pay arrangements should “withhold and pay employment taxes on employees’ earned wages on a daily basis.” The department also highlighted a potential problem in that employers and third-party vendors are unlikely to make payroll deposits on a daily basis and some “ignore the constructive receipt issue entirely or treat the arrangement as a loan.” The result either way, according to the department, is that “wages are treated as paid on regularly scheduled pay dates, rather than when constructively received.”

As a result, the Department of the Treasury urged Congress to enact legislation to ease the administrative complexity. Specifically, the department proposed amending:

These changes “would provide certainty and uniformity for taxpayers and would establish a uniform and administrable system for the IRS,” the department said.

While on-demand pay has its benefits and is appreciated by employees, it could create tax liability exposure for employers and their employees. This exposure exists until legislative changes are made to change how on-demand pay is treated under the Internal Revenue Code.

If you have any questions or need help to ensure you comply with all of your state’s employment regulations and laws, give FLORES a call. We’d be happy to assist you in any way we can.