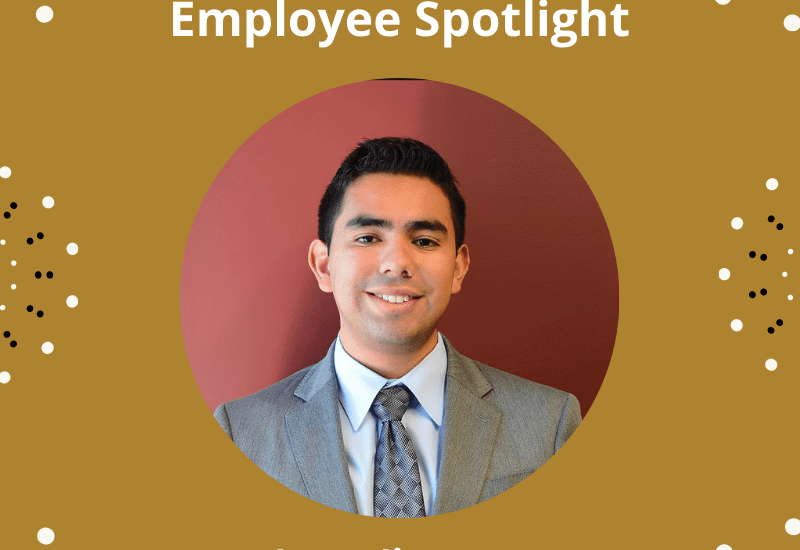 Jorge grew up in San Diego, CA, and went to school in La Jolla. He attended the University of San Diego and graduated with a bachelor’s in psychology and a minor in business administration.

During college, Jorge began working as a pool lifeguard and eventually became an instructor and swim team coach a few years later. Since then he has been coaching a 150+ youth swim team. After taking several psychology courses in college, Jorge became interested in how psychology is applied in the business world. He minored in business administration and took several management courses which introduced him to the field of Human Resources. Jorge thought it would be good to blend psychology and business and decided to pursue a career in HR.

Jorge is a Human Resources/Payroll Administrator at FLORES and started working at the company in October 2019. One of his favorite aspects of FLORES is that it’s growing and he has the opportunity to work with larger clients. He also enjoys the family aspect.  FLORES fosters an environment for team members to get to know each other and build real relationships.“It’s a comfortable and supportive space that makes things better during busy times.”

In his personal time, Jorge enjoys relaxing during the weekends or any days off. He likes to try new restaurants with family and friends, especially local restaurants or cafés. Jorge also works part-time as a pool lifeguard and swim team coach which has turned more into a hobby than a job.

Family means everything to Jorge. His parents were always hard-working but still made time for him by being as supportive as possible. Following in his footsteps, Jorge has a younger brother who he is very close to who is attending USD.

Favorite quote: “Be a warrior who challenges the competitor not next to you, but within.” – Unknown. Told to Jorge by his swim coaches growing up, he enjoys the quote even more now because it is applicable beyond sports.