Flores is excited to announce the first event in our 2019 Hospitality Educational Forums. We will be hosting four Forums this year covering topics from accounting, HR, legal, employment, and more. If you run a business in hospitality or service the industry, these are topics that you need to be aware of and stay current on.

For the first Forum, we will be featuring a panel of hospitality experts discussing the latest industry changes happening in 2019. The panel will discuss pertinent issues that are having a huge impact in restaurant business in particular:

Michelle Flores-Gonzales, VP and Director of Operations at Flores, will moderate the panel. She will be joined by a panel of experts from Flores team, with special guests Kevin Irvine of Irvine Hospitality Group and David Sui Balanson of Whisknladle Hospitality. 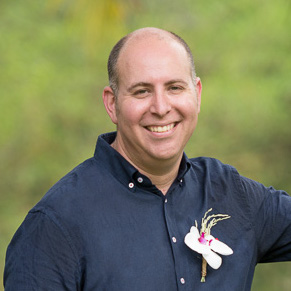 Sometimes called the Wizard of Oz by many of his colleagues, David has been in the restaurant industry since 1999. Getting his start while he was in school at USC studying business management and Japanese, David started as a host a PF Changs China Bistro. Finding his passion for the restaurant industry, David moved his way through all the different positions with his final positions as regional training director and operating partner. David moved to San Diego in 2008 where he joined what has become the Whisknladle Hospitality group. Growing that group from 1 to 7 locations, David has always enjoyed growing not only individual restaurants and people, but groups as well. Ensuring a strong culture through core values and eventually in 2017 deciding to take on a consulting role after being asked to help a few other restaurateurs in the area. 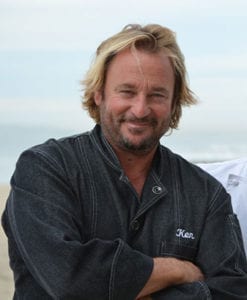 Ken Irvine is the principal of Irvine Hospitality Group, with more than twenty-eight years of experience in the hospitality industry. His company operates restaurants, consults and develops concepts for restaurants, hotels, nightclubs, wineries and retail outlets. To date Ken has helped develop over fifty venues. Ken has so far been the only restaurateur in California to win both “Chef of the Year” and “Restaurateur of the Year” Gold Medallion Awards presented by his peers of the California Restaurant Association. The following are some of the many accolades and awards at his various restaurants.

Greg was recruited to the company in 1995 to the position of Vice President for Mr. Allen Lowell at Lowell Business Services. He worked alongside Mr. Lowell for seven years and when Mr. Lowell retired in 2002, Greg became the new Owner and President of the company, renaming the firm, Flores Financial Services.

Greg comes from a strong financial services and sales background having worked retail in his youth and later moving into the industry of banking. He attended UCSD where he studied both economics and management science before entering the world of business.

Post-college, Greg entered what was to become a 15-year career in banking, including employment at First Interstate Bank of Nevada, People’s Bank of California, and North County Bank of San Diego. Prior to his employment at Lowell Business Services and the later establishment of Flores Financial, Greg was the Vice President and Manager of Cuyamaca Bank.

Since becoming President of Flores Financial Services, Greg has expanded the company to include a human resources department, a financial consulting department, and a staff of over 90 bookkeeping professionals, all providing sound financial services for their valued clients. Greg works hard to keep a genuine focus on his clients by involving himself in community relations relevant to the services and interests of their business operations.

Sarina Flores was hired in 2006 as a part-time bookkeeper with Flores Financial while attending the University of San Diego. In January 2008, she graduated from USD with a Bachelor’s Degree in Business Administration and began working as full-time bookkeeper for Flores Financial. Being bilingual, fluent in both English & Spanish, Sarina began using her second language to assist the Human Resources division of FFS; first by assisting in the translation of employee manuals and handbooks and then by moving into a full-time HR Assistant role.

With the completion of her PHR certification (Professional of Human Resources) in June 2009, Sarina took on the role as HR Consultant, helping to manage the various HR needs of several Flores Financial clients. In May 2011, Sarina became PHR-CA, which added an emphasis in California Human Resource practices to her current PHR certification. Shortly following Sarina was promoted to Human Resources Manager and is currently heading the HR division of Flores Financial Services.

Andrew attended San Diego State and Graduated in the Spring of 2009 with a Degree in Economics and a minor in Sociology. After a stint at Wells Fargo as a teller and banker he was picked up by Flores Financial in 2010 as a bookkeeper. In 2012 Andrew finished out a credential from UCSD in Accounting to further his career as an accountant with Flores. Andrew’s customer service skills and report with the current client base eventually lead way into him taking the role as Business Development Officer. Andrew is dedicated to sustaining the current client base and growing Flores current book of business. Reference the Contact page of the site to get in touch with Andrew.

Michelle joined Flores in 2002 as a part-time student worker. She graduated from the University of San Diego in 2006 with a B.B.A. in Business Administration and Accounting. During her undergraduate college career, Michelle was able to gain experience in public accounting via an internship with a public accounting firm.

Since joining the company full-time Michelle has assisted in the growth and development of the Flores team, adding numerous programs, team members, partners and clients to Flores. She completed her Masters in Business Administration at the University of San Diego in 2009.

She is currently heading up operations of Flores, working diligently with leaders in the industry to continue to grow Flores as quality service provider and partner for success for each and every customer. She is passionate about ensuring the Flores values of service, integrity, teamwork, accuracy and professionalism are met for both the clients and Flores team.  Michelle is married with two beautiful young children who are future Flores team members, seen running around the office often.

We’d like to know what topics are you most interested in learning more about this year. Also, If you are interested in hosting an event, or have any questions about the Forums, or getting an invitation please contact us at marketing@flores-financial.com